Ever looked a smug emoji in the eye and thought "I want to slice you..."?

Now's your chance! Introducing Emoji Samurai, the fun and safe way to slice and dice popular emojis into hundreds of tiny little pieces. All your favorites are here: pile of poo, face with tears of joy, even "face with stuck-out tongue and winking eye".

Many emoji were sliced in the development of this game. Tell your friends: Join the samurai and defeat the emoji horde! 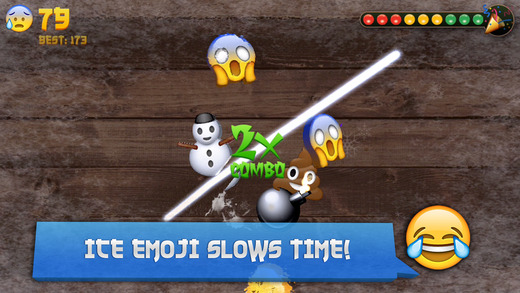